Skip to navigation | Skip to main content | Skip to footer

The Department of Computer Science at The University of Manchester is one of the oldest in the UK.

The University of Manchester has made a major contribution to the development of computing. This includes many firsts including the first stored program computer, the first floating point machine, the first transistor computer and the first computer to use virtual memory.

The world's first stored-program electronic digital computer - the Small-Scale Experimental Machine, known as SSEM, or the 'Baby' - was designed and built by F.C. Williams and Tom Kilburn at The University of Manchester, and made its first successful run of a program on 21 June 1948.

The Baby was the first machine that had all the components of a modern computer. Most importantly, it was the first computer that could store not only data but any short user program in electronic memory, and process it at electronic speed.

Alan Turing was the Deputy Director of the University’s Computing Machines Laboratory from 1948 to 1954 where he proposed the Turing Test and worked on biological morphogenesis among many other innovative concepts in computer science.

Over the past five decades we have contributed numerous innovations in technology and its integration into society. Exciting new discoveries are ahead as we take computing into the future.

Our history in pictures 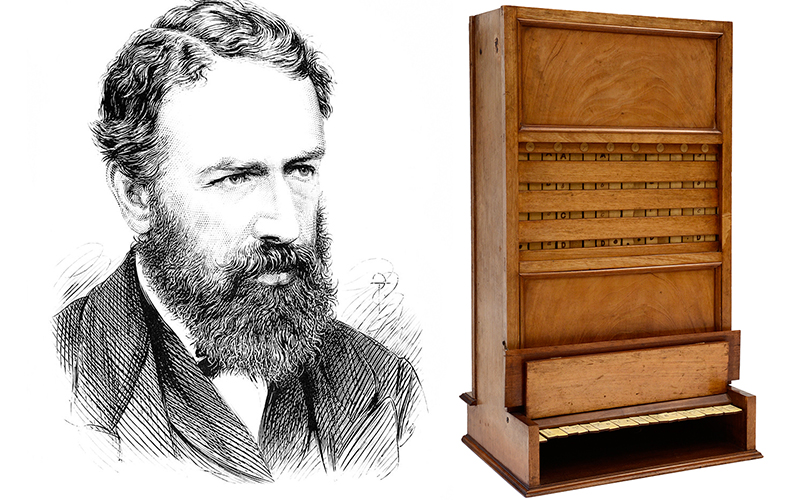 1866: William Stanley Jevons, Professor of Economics at The University of Manchester, discussed logic with Boole and DeMorgan and built his Logical Piano - the first machine to perform Boolean logic operations. (Piano image: Inv. 18230 © Museum of the History of Science, University of Oxford.) 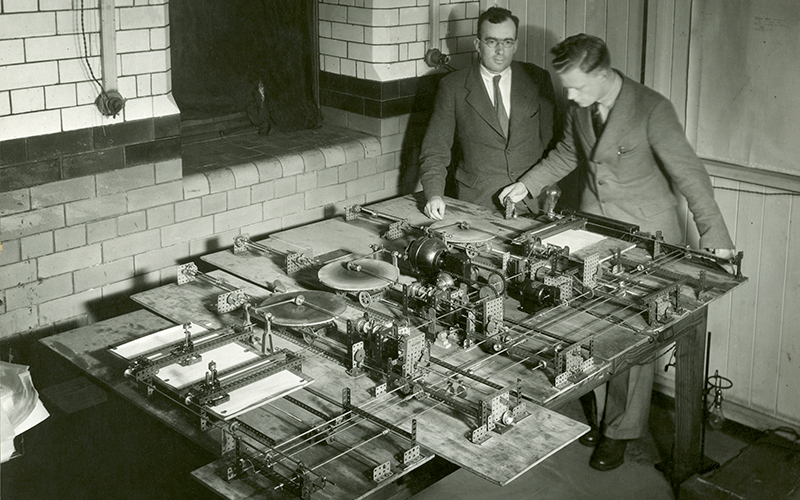 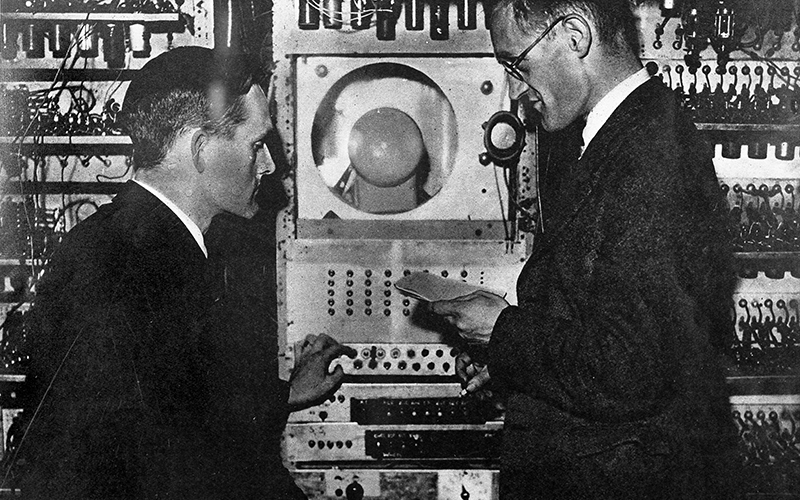 1948: The world’s first stored program computer was invented by Freddie Williams and Tom Kilburn at The University of Manchester. The digital store in the machine was built using a cathode ray tube using experience that Williams and Kilburn had acquired working on radar during WW2. 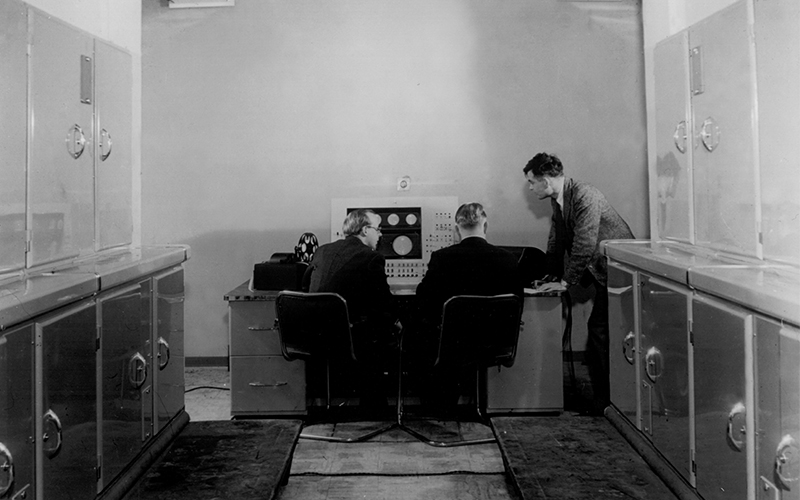 1950: After his wartime success in codebreaking, Alan Turing became a Reader in Mathematics and Deputy Director of the Computing Machine Laboratory at The University of Manchester. Turing's pioneering work on thinking machines and the Turing test is increasingly relevant today. 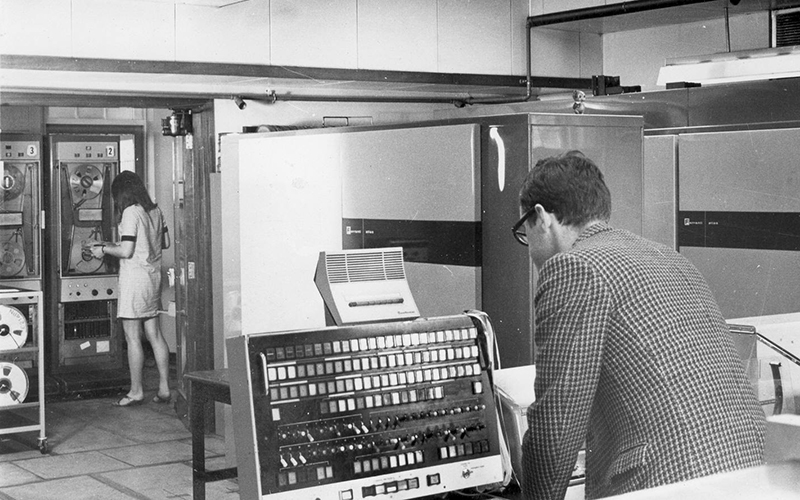 1962: The Atlas was called the world’s first supercomputer. It was designed by a team at the University using the fastest transistors available to be the first machine capable of over a million instructions per second and the first to use virtual memory – a technique still in use today. 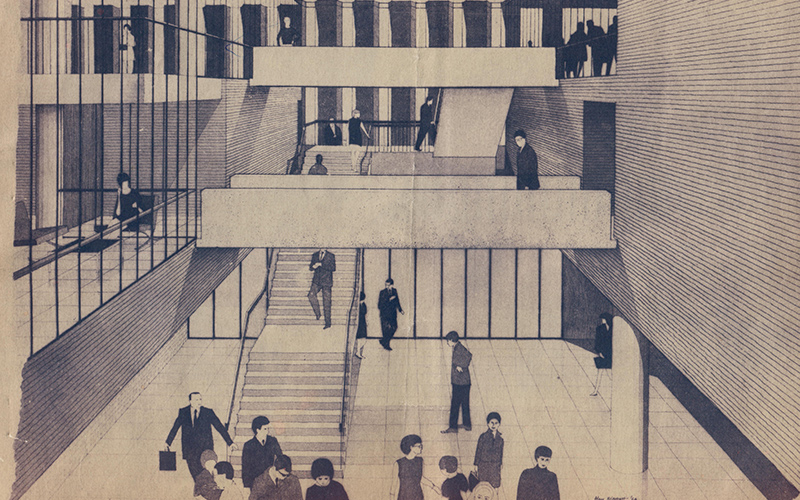 In 1964, The University of Manchester was the first UK university to form an academic department of computer science with an undergraduate programme starting in 1965. In 1972 the department moved into the purpose-built Kilburn Building, named after the first Head of Department, Tom Kilburn. 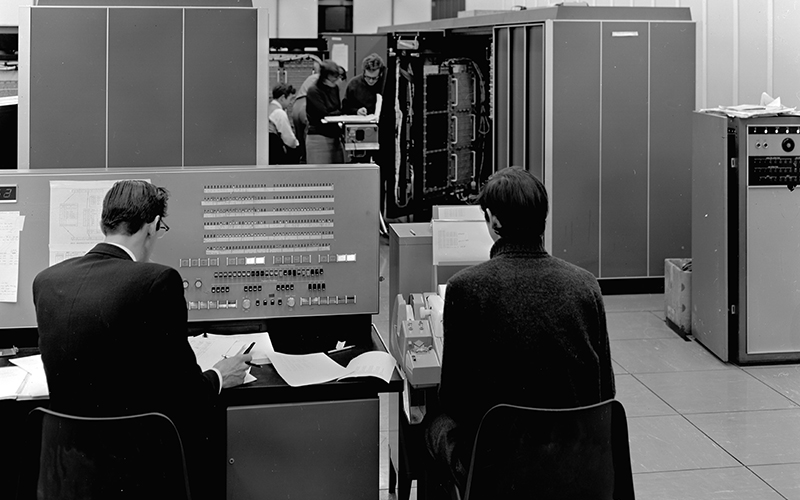 1972: MU5 was the fifth novel digital computer designed and built by The University of Manchester. MU5 was 20 times as fast as Atlas, achieved by many innovations including modern integrated circuits, a faster store and an instruction set designed to support higher level programming languages. 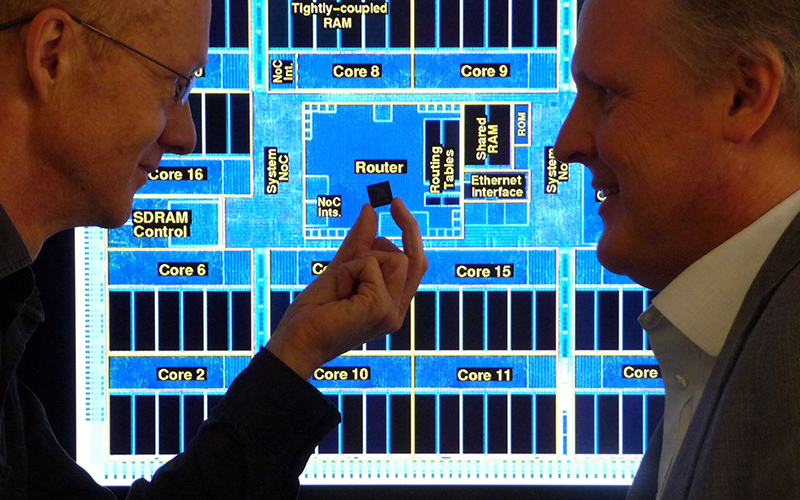 2018: The SpiNNaker project, led by Professor Steve Furber, has designed and built a machine with half a million processors in a novel architecture designed for wide scale communication between its many processors that models the way that the neurons in the brain are interconnected.

Explore the Department's history in greater detail, including archived videos and website features.

Our research continues today in a number of key areas.

Get the latest on recent developments across the Department.